The Southern Cone Conservation Leadership Initiative (SCCL) is an interdisciplinary iniative of UF's Tropical Conservation and Development Program (TCD) that promotes development of future conservation leaders in southern South America and advances biodiversity conservation, management of parks and reserves, and sustainable resource use in this region.

The Southern Cone of South America, comprised of Argentina, Chile, Paraguay, and Uruguay, has a spectacular diversity of landscapes and fish and wildlife resources, many of which are severely threaten by human activities. At the same time, the economic base of Southern Cone countries depends on natural resources – productive grazing lands, water and soils for agriculture, national parks, and abundant fisheries resources. The conservation challenges facing the Southern Cone are greatly exacerbated by a shortage of trained conservationists to address these complex and rapidly growing challenges. 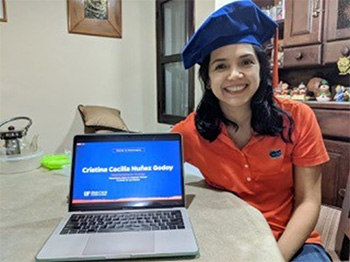 Cristina Nunez Godoy defended her Ph.D. dissertation entitled “Improving Payments for Ecosystem Services in a Global Deforestation Hotspot: The Gran Chaco of Argentina” in December 2020. She has been awarded a joint postdoctoral position with Argentine’s National Scientific and Technical Research Council (CONICET) and the Catholic University of Salta (UCASal). Cristina will be working with private landholders, local and state governmental and non-governmental agencies, research scientists, and academics to promote the voluntary conservation of the Chaco Forest of Argentina. Cristina received her Ph.D. from University of Florida’s School of Natural Resources and the Environment. 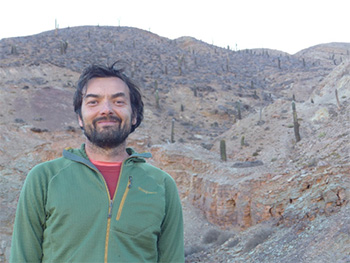 UF Southern Cone alumnus, Alejandro Pietrek, is among the first 5 field biologist awarded $100,000 each by the Maxwell/Hanrahan Foundation. This foundation, which made its first awards in 2020, supports innovative people working in field-based science. Alejandro received this award for his research on climate change and conservation of birds and mammals in the high Andes of northern Argentina. He currently is a research scientist with Institute of Bio and Geosciences of the National Science Council of Argentina (CONICET), Salta, Argentina. 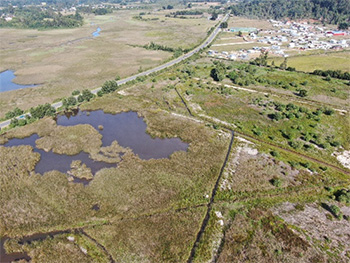 News from Marcela: “I was awarded a competitive postdoctoral grant funded by the scientific Chilean agency FONDECYT to study collaboration processes and collective action for urban wetlands conservation in the south of Chile. I'll focus on the city of Valdivia, where I currently live, to understand social practices and socio-ecological transformations in different wetlands within the city. I'll be conducting this interdisciplinary research at the Rio Cruces Wetland Center, Universidad Austral de Chile. This is a 3-year project, and I am very excited about it. I'll be starting mid-April 2021.” Marcela is an adjunct professor in the Instituto de Conservación, Biodiversidad y Territorio, Faculty of Forest Science and Natural Resources, Universidad Austral de Chile and advisor in human dimensions of conservation to the Centro de Humedales Río Cruces. 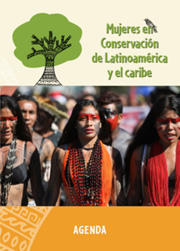 The Women’s Network, which aims to promote gender equality in conservation in Latin America and the Caribbean, now has over 900 members in 28 countries. This network was born out of a workshop held at the University of Florida in 2015 sponsored by UF’s Southern Cone Conservation Leadership Initiative, Tropical Conservation and Development Program, and the US National Science Foundation.