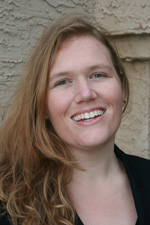 Dr. Dara Wald (WEC MS 2008, WEC PhD 2012) is a part of two important and innovative citizen science initiatives at Arizona State University, where she is a postdoctoral fellow. She came into this position after extensive experience with wildlife conservation, first earning her B.A. in Biology at Brandeis University in Waltham, MA before working at the New England Aquarium in Boston as a Senior Program Educator and Grant Coordinator. She then took a job as Program Coordinator at the Hillel at Brown University. A Gainesville native, Dara then returned to her hometown to complete her graduate education at UF, earning her M.S. under the advisement of Dr. Mark Hostetler and her PhD under the advisement of Dr. Susan Jacobson. Her graduate research focused on human dimensions of conservation.

As a postdoctoral fellow at ASU, Dara is primarily a researcher and is currently working on a number of projects in addition to teaching a graduate-level course on environmental policy and management. She works for ASU's Center for Policy and Informatics, as well as the Decision Center for a Desert City. Dara is conducting research on a variety of topics, including network governance for large landscape conservation, risk communication and risk perception, and pro-social behavior/ promoting collaboration among disparate groups in the face of natural resource and wildlife management conflicts.

Dara is currently working on two citizen science projects. "Citizen Science initiatives generally recruit volunteer public participants to collect observations, interpret data, and contribute to formal scientific projects," she says. The first initiative, "Crowdsourcing the Next Great Citizen Science Idea," was advertised at the beginning of ASU's fall semester for a citizen science idea that could come from any person or organization and be related to any scientific field. The idea for this initiative was based off of a similar program pioneered by the Massachusetts Institute of Technology. She and her colleagues are in the process of writing an article for a peer reviewed journal, outlining the challenges this project faced - it faced a number of challenges recruiting participants. Dara believes it may be that the initiative did not target a specific group of people, or that it involved a "higher level of engagement" for interested parties than other citizen science initiatives. "Talking about and learning from failed efforts is important," says Dara. "As citizen science becomes more popular, it is important to understand what works to engage participants and what doesn't work."

The second initiative, "Citizen Science to Forecast the Future of a Desert City," has been extremely successful. This particular initiative targets high school students in the collection of residential water use data. It aims to involve them in a research project and raise student awareness of the impacts of their water usage by having them conduct "water audits" in their homes. Dara and her associates are in the process of recruiting teachers to begin this program in the spring.

Dara feels that her time at WEC was valuable because she was able to make great personal and professional connections. "I loved being in WEC," says Dara. "I still keep in touch with many colleagues and friends from WEC [...] the connections I made at UF are connections I will have for a long time. I still think about that time very fondly."

Alumni From The WEC Undergraduate Program